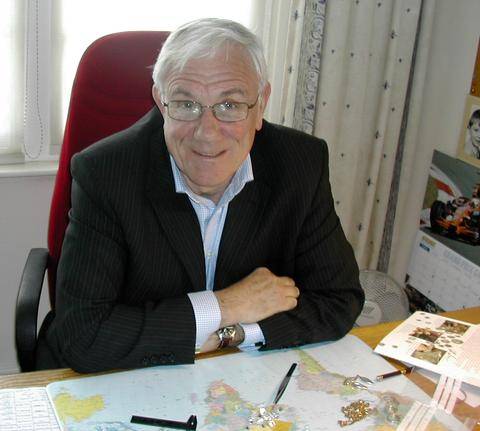 If you live in Sussex, then you are probably familiar with Gold Arts Jewellers, with stores in Brighton, Eastbourne and Chichester. We are a trusted family business that started from humble beginnings. 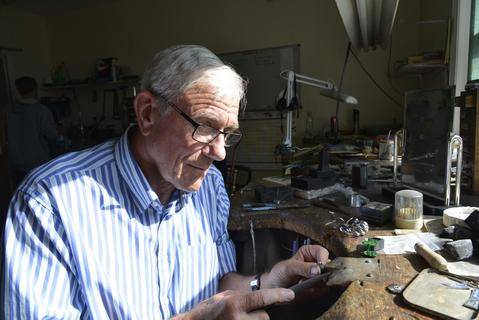 Doug Newman was originally set to be a farmer and was all prepared to go to college to learn the agricultural trade when a trip to a jeweller’s shop changed his mind. Accompanying his father, who was an electrician to a job at a jewellers, Doug instantly knew he wanted a different career path.

At age 15 he began an apprenticeship as a diamond setter and engraver and after a two-year tenure in the army working in the dental core he started his professional life as a jeweller at Tinsley and Co.

Later he joined Ernest Jones jewellers to establish and run a manufacturing division and workshop, servicing over 120 retail outlets until he took a leap of faith and decided to run his own store, designing and making his own jewellery.

Doug selected a small shop in the heart of the Brighton Lanes, employing one member of staff in 1979. As his reputation for fine jewellery grew, so the business expanded and evolved, moving to larger premises in the Brighton Lanes and opening new stores in Eastbourne and Chichester.

Doug is also the proprietor of G.A Pawnbrokers, perhaps you saw him on Channel 4’s Posh Pawn in 2016?

Gold Arts staff are encouraged to progress their career through courses and qualifications, with many completing their Jet 1 and 2 diplomas. Tanyol in Eastbourne recently completed additional courses in management, gemmology and diamond certification. Martin is a Registered Valuer, making Gold Arts one of only a few jewellers on the South Coast to have an in-house registered valuer. With this wealth of experience and expertise it is no wonder that our customers return to us again and again for advice, repairs and of course beautiful jewellery.

Doug’s enthusiasm and entrepreneurial spirit has passed to his children, with his eldest son becoming a horologist and his youngest son also developing a passion for rare and vintage timepieces.

Doug’s daughter Kerry has designed many of our Gold Arts exclusive designs which are available in store and online. She combines her artistic flare to jewellery with technical expertise learned from her career as a goldsmith at Gold Arts. 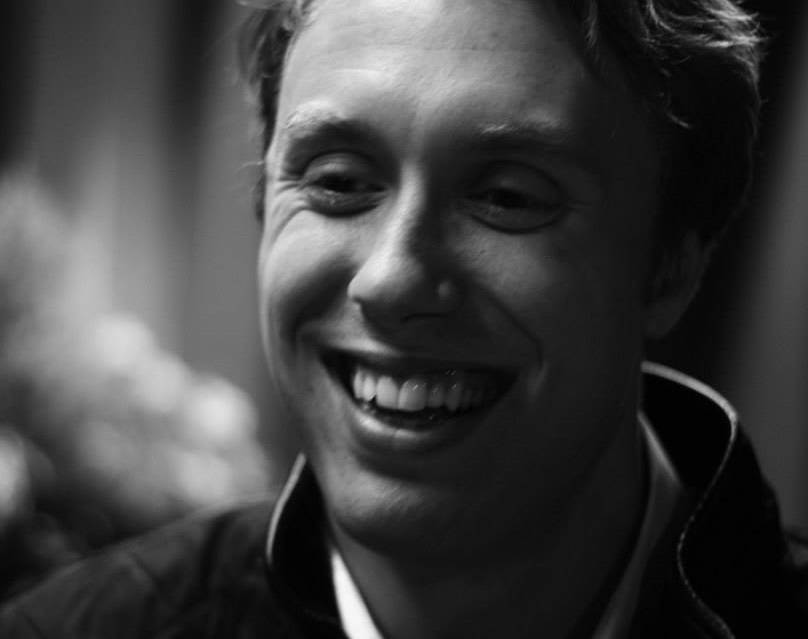 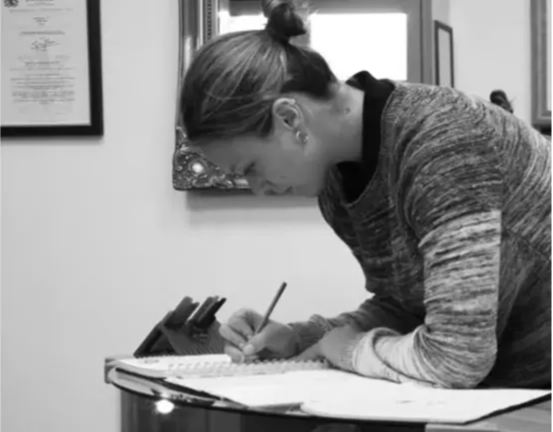 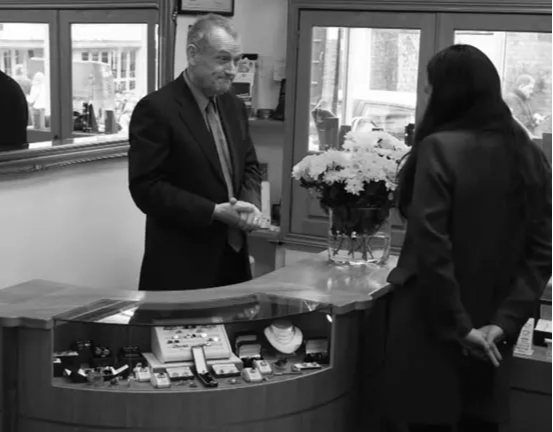 Happy, qualified staff with a passion for jewellery is an asset for any business, and it’s our wonderful jewellery that customers love.

The advantage of being an independent jeweller is the flexibility to adapt to every customer’s need and have the time to listen and respond.

Doug’s original format of an in-house workshop has remained, and we are proud to have many skilled goldsmiths working for us. The Gold Arts workshops undertake everything from basic repairs and ring resizing to bespoke wedding bands and one-off dazzling commissions. We utilise traditional tools and methods alongside new technologies such as laser welding and CAD design.

Gold Arts is perhaps most recognized for the range of certificated diamonds which adorn every shop window. Over his long career, Doug has built a strong reputation within the trade for buying diamonds which has ensured that customers always get the widest choice of the finest diamonds at highly competitive prices. Regular visits to trade shows have initiated many beneficial relationships with manufactures and kept us on trend. Doug and his store managers have selected unique ranges of jewellery from across the world, tailored to our clients, so our stock is always fresh and exciting.

We stock many of the most loved brands, such as Clogau, Trollbeads, Links of London and Lalique to name just a few. Our Chichester store boasts an enviable range of watches, including Oris, Raymond Weil, Hamilton, Citizen and Ball.

For watch connoisseurs, our stores have recently expanded our selection of pre-owned watches including prestige brands such as Patek Phillipe and rare vintage collectors timepieces.

Gold Arts in the Community 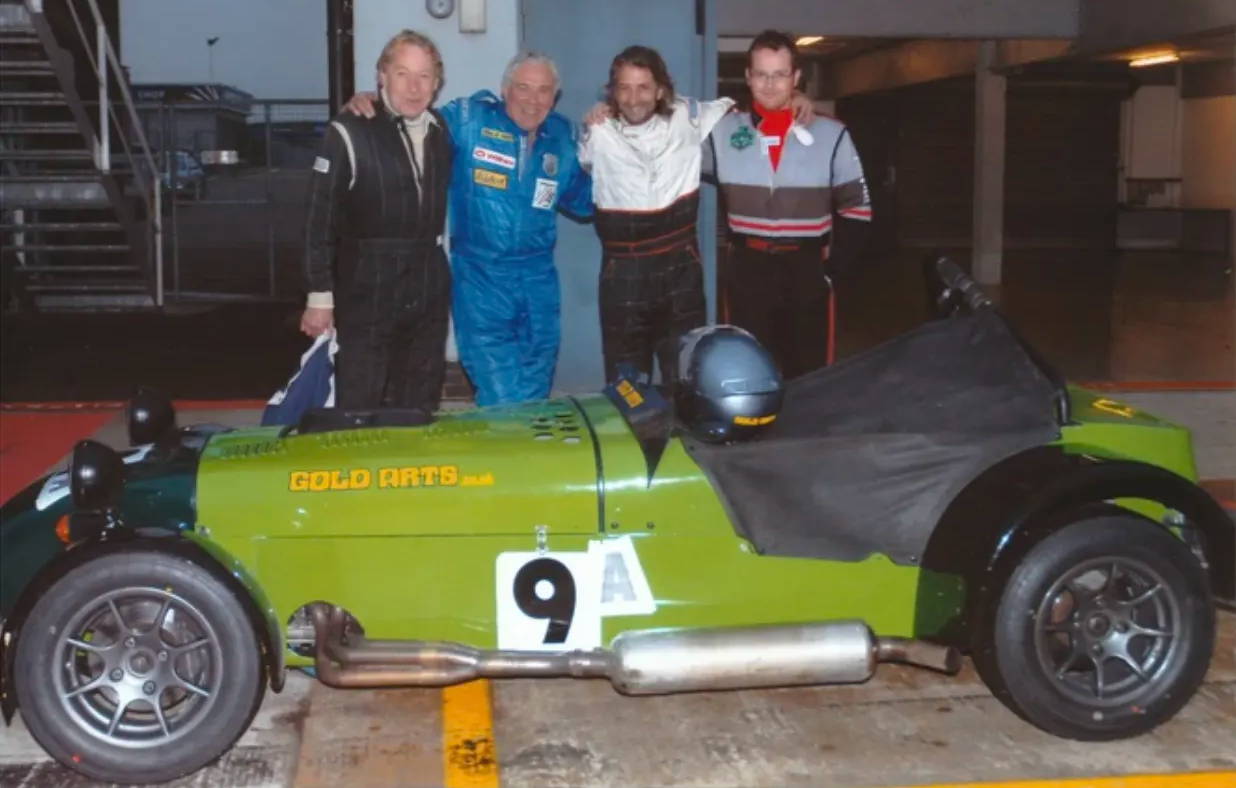 Doug’s friendly personality is known in many circles of Sussex, his greatest passion (other than jewellery) is racing, and while he no longer races motorbikes and Caterhams himself, he sponsors new drivers such as Luke Stevens.
Around Sussex, you may well have seen the Gold Arts logos at various motorsport, equestrian, golf and football events. As well as sponsorships, he also regularly supports local charities, offering glittering prizes for auctions and raffles.

Doug is a shrewd businessman and a keen price has always helped Gold Arts keep ahead of our competitors, but his motto...

...has kept Gold Arts a purveyor of the finest jewellery in Sussex. 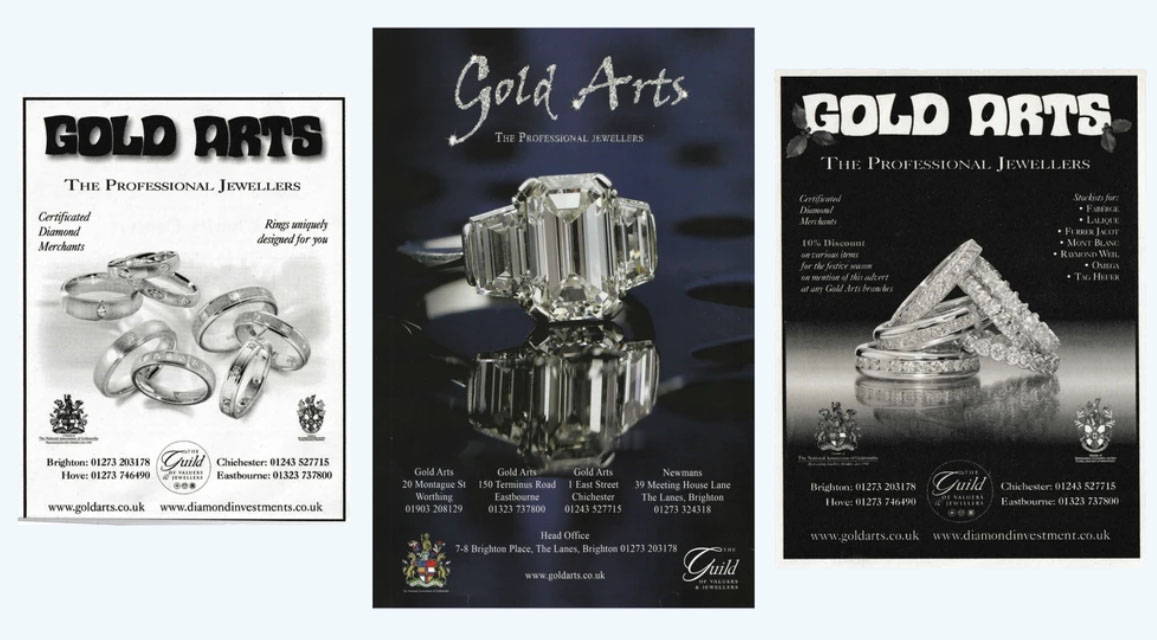 Newspaper Articles from the 1980's