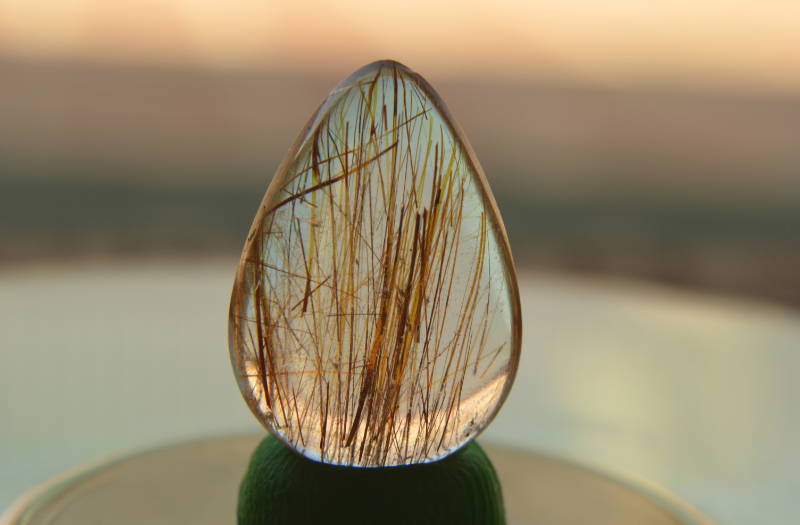 What are gemstone inclusions?

Inclusions within gemstones can be described as any material that is trapped within a mineral at any point of the mineral’s formation. Inclusions can range from gas filled bubbles to insects to fractures and much more. There are so many different types of inclusions that the list is essentially endless, as scientists are constantly discovering new varieties of gemstone inclusions.

How do you identify inclusions in gemstones?

Some inclusions are easy to identify with the naked eye, for example large internal crystals or gas bubbles, especially if the inclusion is of a different colour to the host. Many jewellers use a x10 magnification loupe to view inclusions, with the initial assessment of diamonds often performed this way.

For more in-depth studies of gemstone inclusions a microscope is used. This still requires specialist knowledge of magnifications levels, correct lighting and what patterns to look find for accurate identification.

Gold Arts has invested in the latest testing equipment and staff education. In recent years this has become especially important because of the rise of synthetic diamonds and being able to identify them.

Curious about Synthetic Diamonds? Find out more in our blog...

Inclusions act as a marker of a gemstone’s unique identity, much like a finger print does for people. Each gemstone is totally unique and inclusions can tell researchers about many of the properties of each stone. Gemmologists use inclusions to help uncover if a gemstone is organic or synthetic or even to uncover where the gemstone was geographically formed.

Are inclusions always a bad thing?

Gemstone inclusions are often regarded as a negative thing however this is not always the case. Whilst inclusions in diamonds are generally viewed as a disadvantage, the same cannot be said for coloured gemstones where some have inclusions which are prized for the beautiful patterns they produce.

Quick Fact: The most valuable diamonds are the ones which are free from inclusions and thus perfectly clear - this is termed as the diamond's clarity. But even diamonds can produce beautiful inclusions - our Salt & Pepper diamond range has been hugely successful!

The Salt & Pepper Diamond is uniquely alternative yet elegant; the graphite grey tones of the internal inclusions gives the diamond a unique pattern, greyscale hue and paired with the cushion shape makes this ring something really eye catching.

What are the most valuable inclusions? In some instances inclusions can add to the value and beauty of a gemstone. For example, insects found within amber can be highly sought after.

Other positive inclusions include those caused by rutile needles which can create the formation of ‘the star effect’ or chatoyancy ‘cat’s eye’ in some coloured gemstones. A star ruby or sapphire has what looks like six rays of light emitting from a central point, like a glowing star. These inclusions can certainly make a gemstone more precious, valuable and sought after.

A wispy horse tail like inclusions sometimes found in demantoid garnet is another example of a positive inclusion. This inclusion also often indicates the stone as having Russian origin.